In cooperation with the Bavarian Academy of Fine Arts

On the initiative of and in cooperation with the Bavarian Academy of Fine Arts, the Ernst von Siemens Music Foundation has established the Young Composers’ Forum. Within this framework, a young composer is to be presented with a commissioned composition. As curator of the concert, the selected artist will also develop the programme for the premiere with music of the 20th and 21st centuries in consultation with the Academy's Music Department. The project serves to promote young talent as well as to expand the repertoire for contemporary music.

FARZIA FALLAH received a composition commission for the ninth concert of the Young Composers’ Forum series on the suggestion of the Music Department. . She studied Electronics and Signal Processing at the Sharif University of Technology in Tehran (Iran) and at the same time took lessons in piano with Farimah Ghavamsadri and in Ko position with Alireza Mashayekhi. She later continued her composition studies with Younghi Pagh-Paan and Jörg Birkenkötter in Bremen and with Johannes Schöllhorn in Cologne and Freiburg.

As a freelance composer, she currently lives in Cologne and works internationally with various ensembles and musicians. On her initiative, the project Mind the Gap - Music for Horn and Viola was created in 2019. She is a member of Kollektiv3:6Koeln for experimental and contemporary music as well as tritonus (Verein zur Förderung der zeitgenössischen Musik Bremen).

In 2020 Farzia Fallah received the Oldenburg Composition Prize for Contemporary Music for her commissioned composition The Blue Traces, which was linked to the Carl von Ossietzky Prize. In 2021, she worked on a composition for the Italian ensemble Azione_Improvvisa with a three-month residency grant from the German Study Centre in Venice and researched the composer's works at the Fondazione Archivio Luigi Nono. 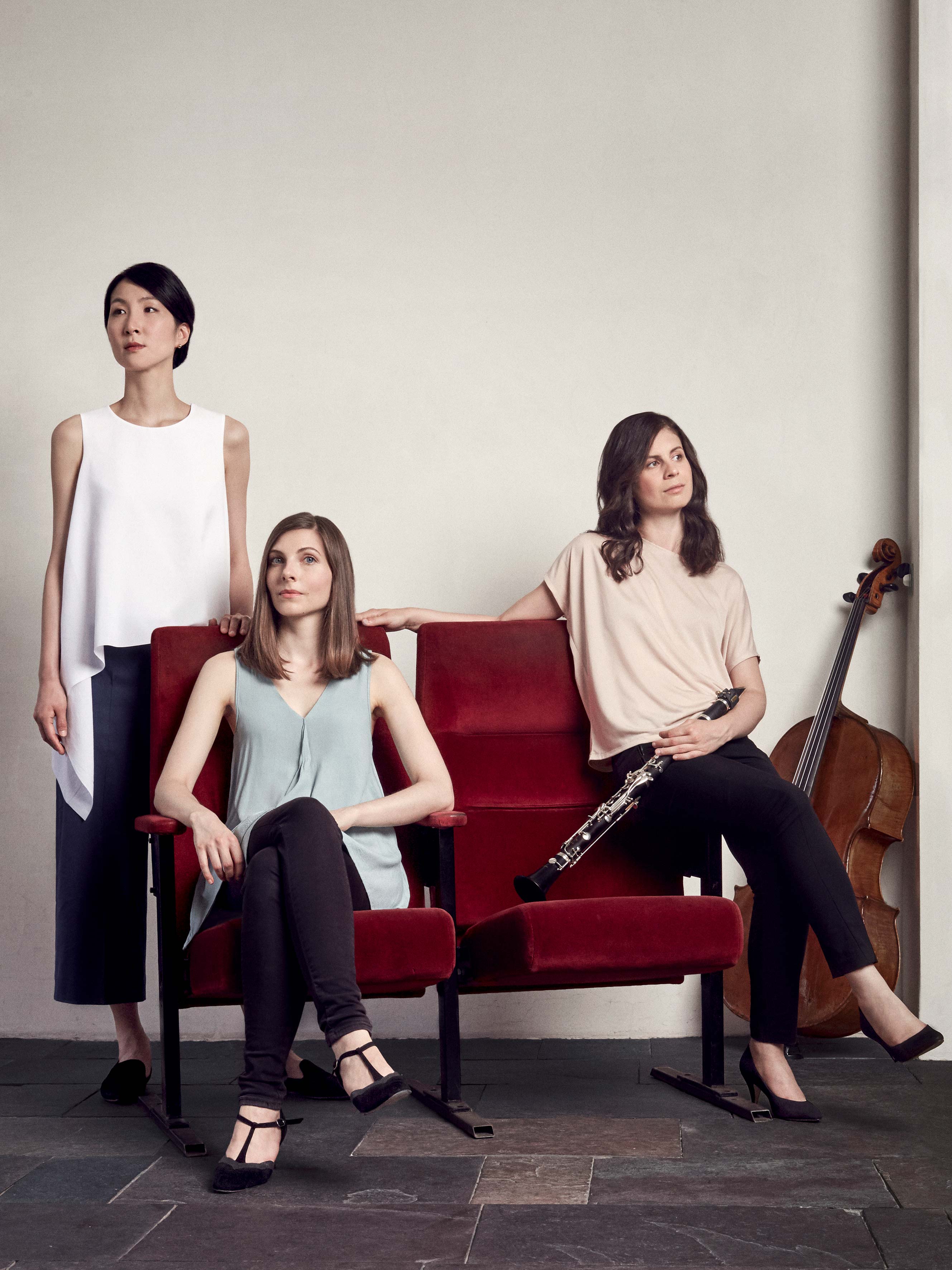 To catch the audience: with a virtuosic dialogue between the very different timbres of the clarinet, cello, and piano; through the joy of making music together; through searching tirelessly for a shared sound. This is what makes Trio Catch stand out.

The trio got its name from “Catch” op. 4 by Thomas Adès, in which the clarinet is “caught” by a piano trio that plays a charming children’s round. Alongside performing classical music, the interpretation of contemporary music is one of the main focuses of the three young musicians.

The trio have worked with numerous composers throughout the twelve years of their collaboration, including Mark Andre, Georges Aperghis, Beat Furrer and Helmut Lachenmann, with whom they are also connected through various CD productions and radio recording projects. Trio Catch’s debut CD “in between” was released in 2014 on the col legno label, followed by the release of their second CD “Sanh” in 2016. Their new disc „As if“, released on Bastille Musique, was awarded the German Record Critics’ Award (Preis der deutschen Schallplattenkritik).

The trio won the Hermann and Milena Ebel prize in 2012, the Berenberg Kulturprize in 2014 and was awarded with the Dwight and Ursula Mamlok Prize in 2018.

A busy schedule has already seen Trio Catch playing concerts in South America, Asia and Europe, in venues such as the Cologne Philharmonic, Elbphilharmonie Hamburg, Philharmonie du Luxembourg, the Pierre Boulez Hall in Berlin as well as at festivals such as Ultraschall Berlin, Musica Strasbourg, Heidelberger Frühling, International Summer Course for New Music Darmstadt, Klangspuren Schwaz and the Wittener Tage für neue Kammermusik. During the 2015/16 season Trio Catch performed at some of the greatest concert halls in Europe as part of the European Concert Halls Organisation’s “Rising Stars” series.

The trio are also involved in music education. From 2014 until 2018 they hold a teaching post at the Musikhochschule Hamburg, where they run workshops for students of composition as the ensemble in residence. They also taught the children’s composition workshop “Louder” at Klangspuren Schwaz. In 2016, Trio Catch initiated “Ohrknacker”, their own series of workshop concerts. Each concert presents a selected piece of contemporary music, written especially for the trio.